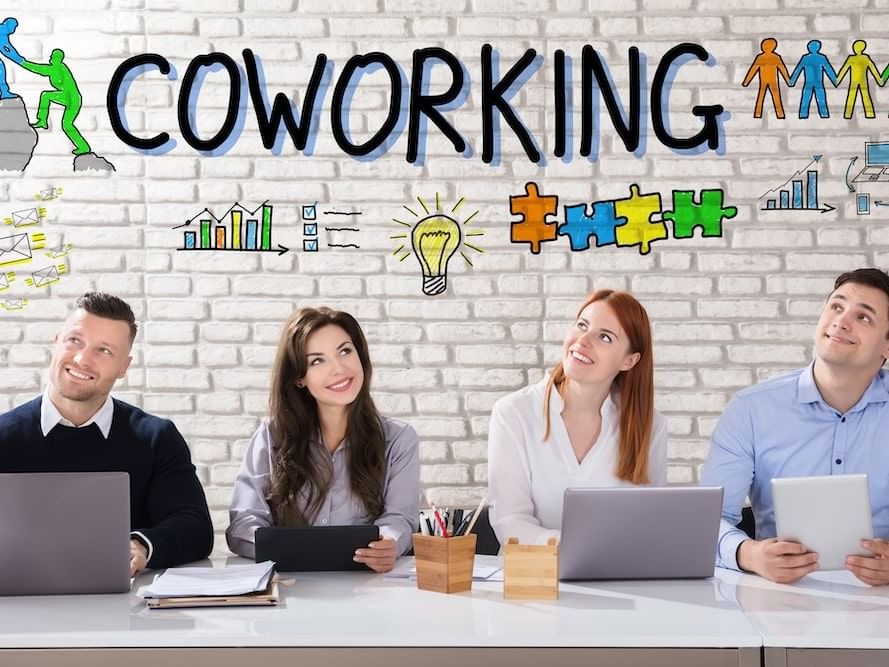 Flexible offices will generate $123 billion in economic benefits by 2030

In full swing, coworking and the use of third places is booming in France, and not only in the start-up world. It has a bright future ahead of it, disrupting work habits in the process, and promising to deliver strong ecological and economic benefits.

A revolution in the world of work ...

More and more companies are being tempted by flexible offices (French translation of the English term "coworking") , generating well-being for workers who are increasingly concerned about the quality of their work environment.

In fact, one of the most important objectives of a sharing office in Lyon, is to improve productivity by promoting a good atmosphere in the workplace and increasing exchanges. Integration within a coworking space in La Défense has beneficial effects on employees.

In addition, the development of coworking in Paris allows companies to make significant progress in cost optimization. Open space is thus destined to take an increasingly important place in the production of wealth in France.

A study by the IWG (International Workplace Group) has thus announced that by 2030, between 8 and 13% of French employees will be working in a flexible work environment. Also according to this study, this should lead to a surplus of growth of no less than 123 billion euros.

... and reducing the ecological impact

But this is not the only colossal figure pointed out by this study. Indeed, flexible workplaces in Nice tend to sprout up near train stations and major public transportation hubs, in order to limit travel.

This would save no less than100 million hours of travel. In addition to the productivity gains caused, the energy factor would be considerably lightened: nearly 7 million tons of carbon dioxide would indeed no longer be emitted.